A brief history of textile printing

Fabric printing is not a new process; in fact, it’s been around for centuries.  Ancient civilisations used colour and design to set themselves apart. Think of it as a technique that combines art, engineering, and dyeing technology to produce images that existed only in the textile designer’s mind.

At Splash by Lo we have a wide variety of prints which are made by applying the best of textile engineering to high-quality stretch fabrics. But of course, techniques have changed a good deal over the course of the years. Textile printing is an ancient art, one that can be seen in fabric dating back to the 4th and 5th centuries BC. The first commonly used textile printing method originated in China, where examples of woodblock printing have been discovered. 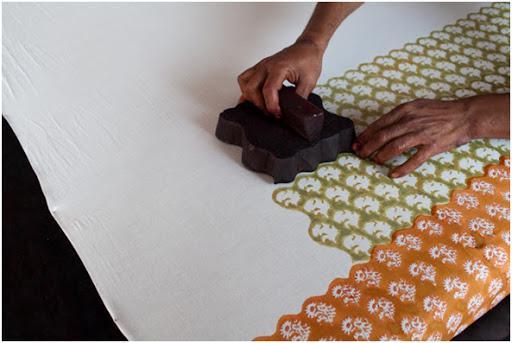 Block printing, also known as relief printing, is the process of dyeing fabric using some form of carved material; historically this has generally been wood or copper, but on occasion rubber and even other materials have been used, and are still used today.

At the beginning of the 17th century, the East India Company began to ship printed cotton to England. Unable to produce the designs they wanted themselves, the English also commissioned specific patterns, simpler than those in traditional Indian style, to be printed and brought back to England. It wasn’t until 1676 that a French refugee established the first print works in England, near London.

Later, in the 18th century, a printing technique using rollers or cylinders emerged. This is a process whereby the fabric is carried along a rotating central cylinder and pressed by a series of rollers, each of which is engraved with the design. Each roller is supplied with a different colour through the feed rollers, and some roller printing machines were able to print as many as 6 colours at a time, making them much faster than the block printing process.

The 20th century marked the arrival of the modern silk-screen printing process.  In the mid-20th century, multi-colour rotary screen-printing enabled screen printing on a large scale and at a faster rate, making it more economical.

Today, we have digital textile printing, which uses computer-controlled lasers to inject the ink directly into the fabric. This allows the printing of very detailed designs extremely quickly and efficiently. It is a process that Splash by Lo makes available to you by providing a textile printing service that is 100% personalised, together with guidance on the overall development of your project, tailored to meet your needs and expectations.

Ecocean: A sustainable future for the textile industry